Shopping Cart
Your Cart is Empty
Quantity:
Subtotal
Taxes
Shipping
Total
There was an error with PayPalClick here to try again

Thank you for your business!You should be receiving an order confirmation from Paypal shortly.Exit Shopping Cart

Some abandoned, rescued, and adopted dogs

This puppy was found bewildered in the middle of the high street in Estoi on the 4th December 2016. After watching him for some time and chatting with people nearby I decided to take him off the street and temporarily home him at my place. The next day leaflets were placed in local venues including the council and given to people in the town. An official online lost-or-found profile was created. One lady seemed to recognise the dog and said someone would call me. It turns out that the dog´s guardian already has 2 dogs and perhaps doesn´t have the means and/or space to care for what will be a large dog. He has voluntarily given the dog up for adoption. We will try and rehome him.

Figo was abandoned as a puppy near his home. The locals fed him but nobody adopted him. As he loved to chase cars, dangerous both for the dog himself and the passengers in the cars we tried to find him a new home. Via the owners of Gunther´s restaurant nearby I was put in contact with Gabrielle in Germany. Dog and Algarve lover, Gabrielle vowed to adopt Figo. After 4 weeks in transit at my house, he left on the 16th of October 2015 and seems happy in his new home.

Sadly Chico died this summer. He no longer wanted the weekly injections for leishmaniasis and as a result he deteriorated rapidly. I found him wandering near my house in a terrible state many years ago but with some veterinary care, a lot of love and weekly injections he lived happily for many more years. We miss him.

Boris was spotted on and off in a local village over a period of 2 years during which his health deteriorated. An ageing dog, nobody was interested in helping him. After a severe attack of pancreatitis (which is painful) I decided to help him and offer him care and shelter. He lived happily for 2 more years.

Zoro was heard yelping before anyone saw him. Fallen or thrown down a deep well he was rescued (upon request) by the Tavira voluntary fire brigade. He was only 9-10 weeks old. My friends who temporarily fostered him could not keep him and the dog shelter we took him to had hundreds of puppies already. So he ended up at my place and still lives with me. Big thank-you to the fire brigade for helping. It was the second time they rescued a dog from a well for me. These old water wells are scattered throughout the countryside often without protective walls or warning signs.

I would love to write about all my dogs and other animals for which I have equal affection but space is limited here. 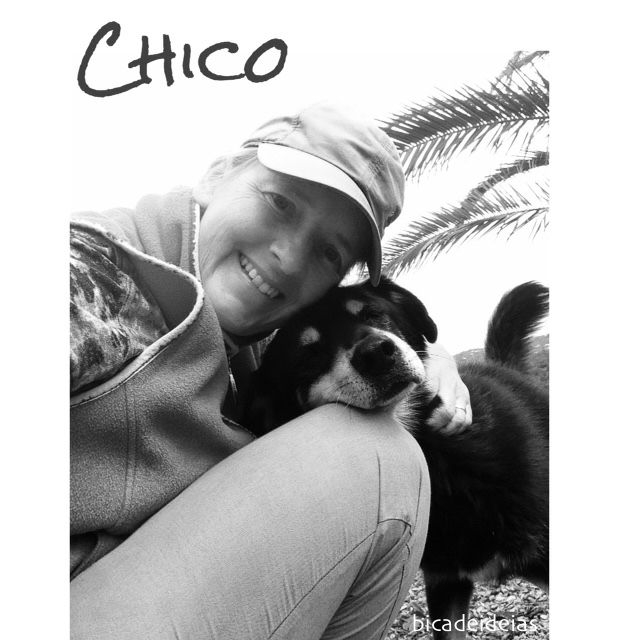 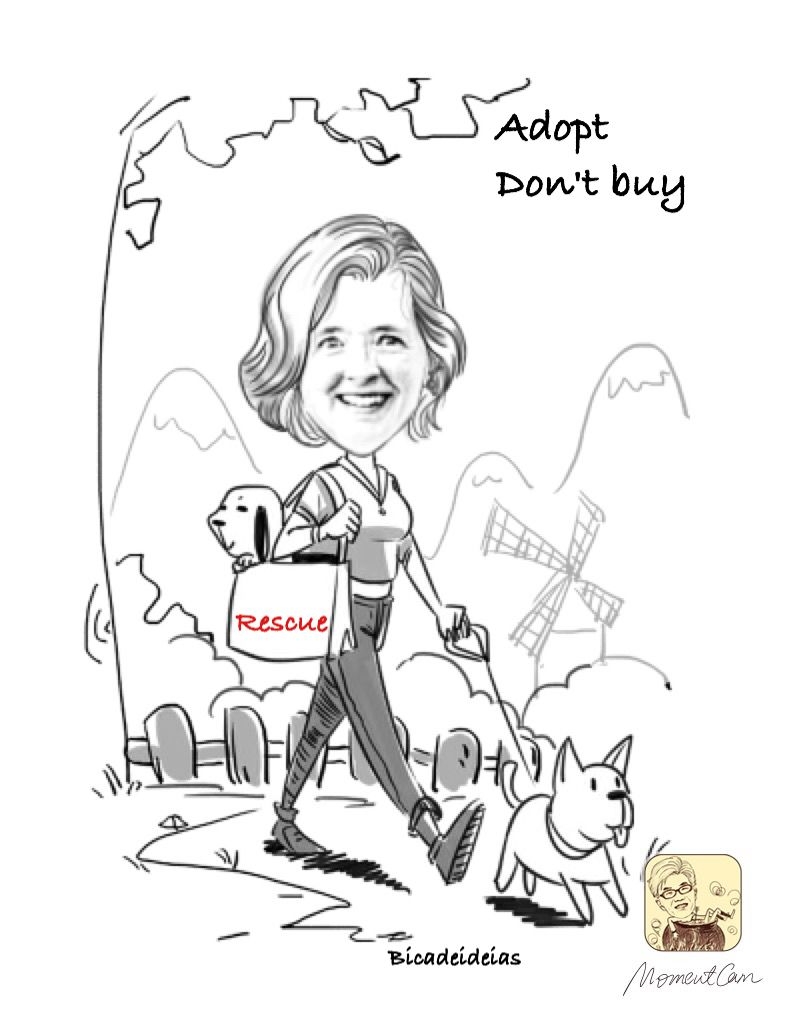 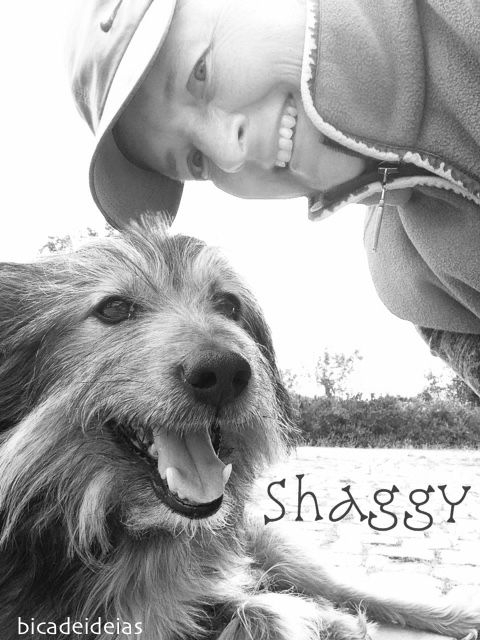 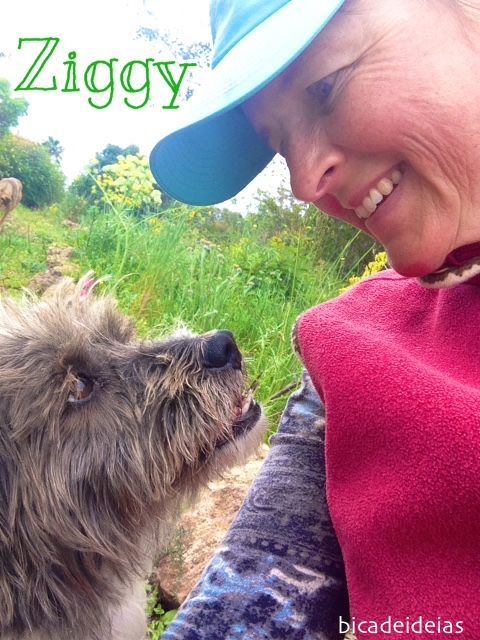 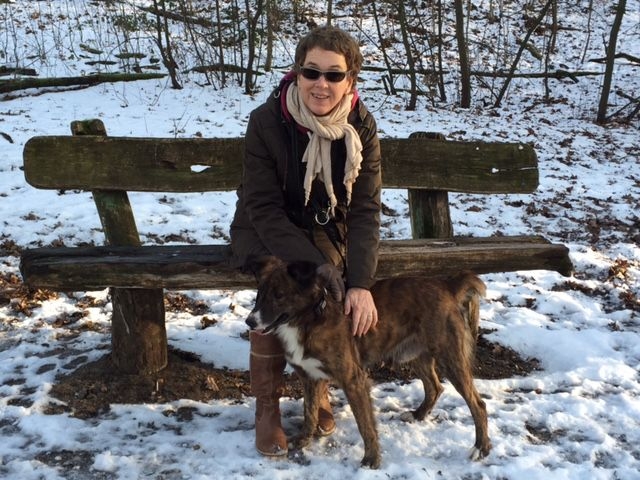 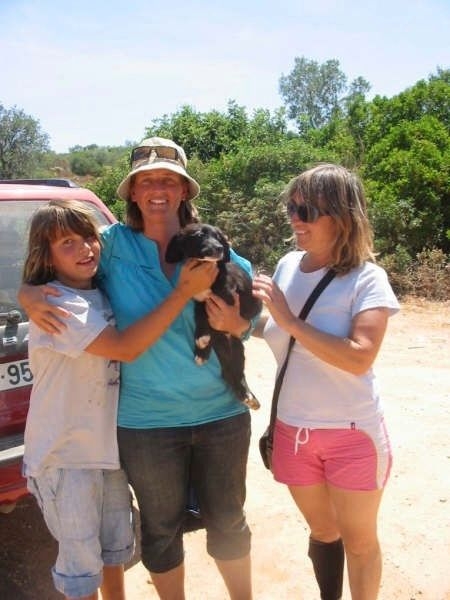 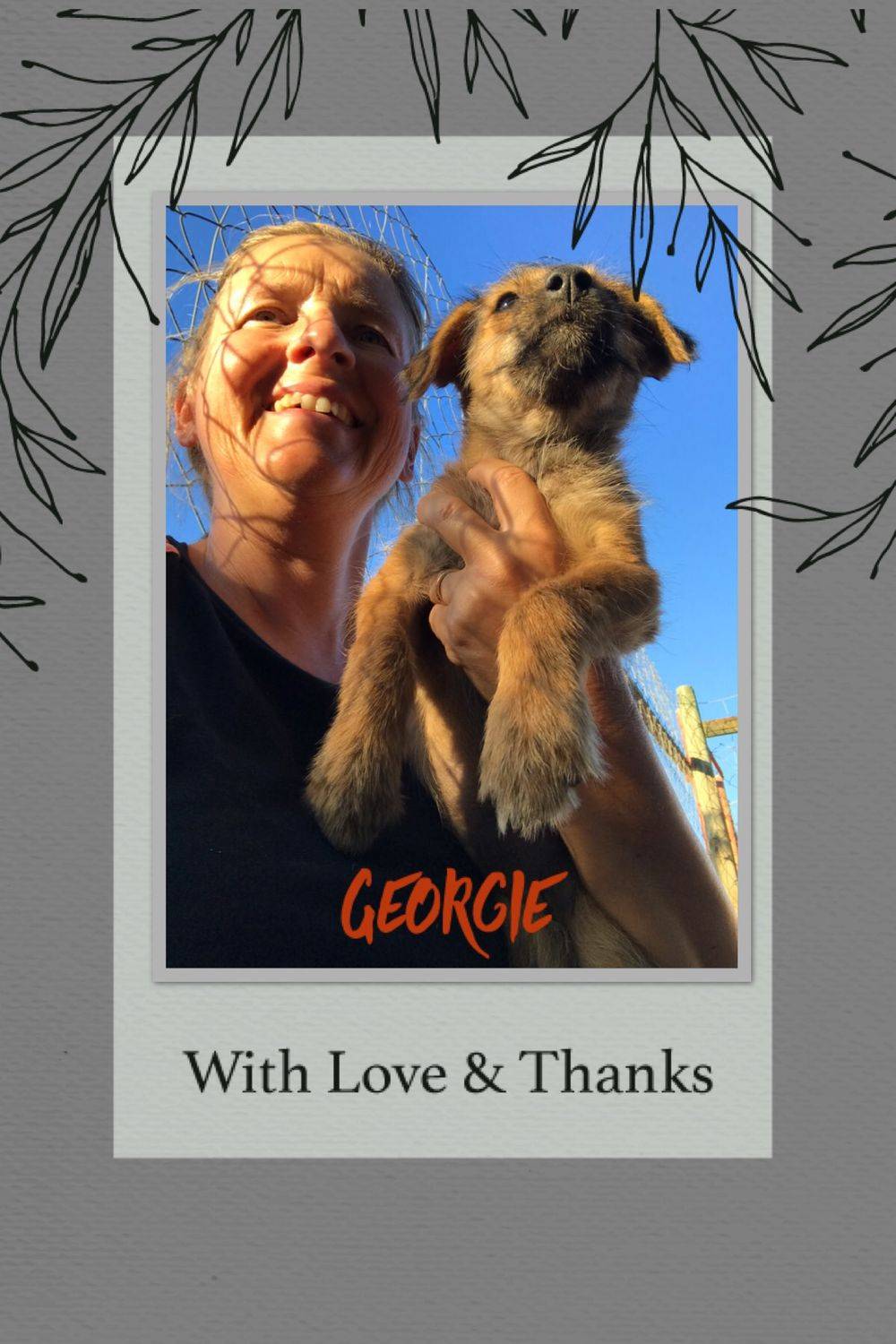 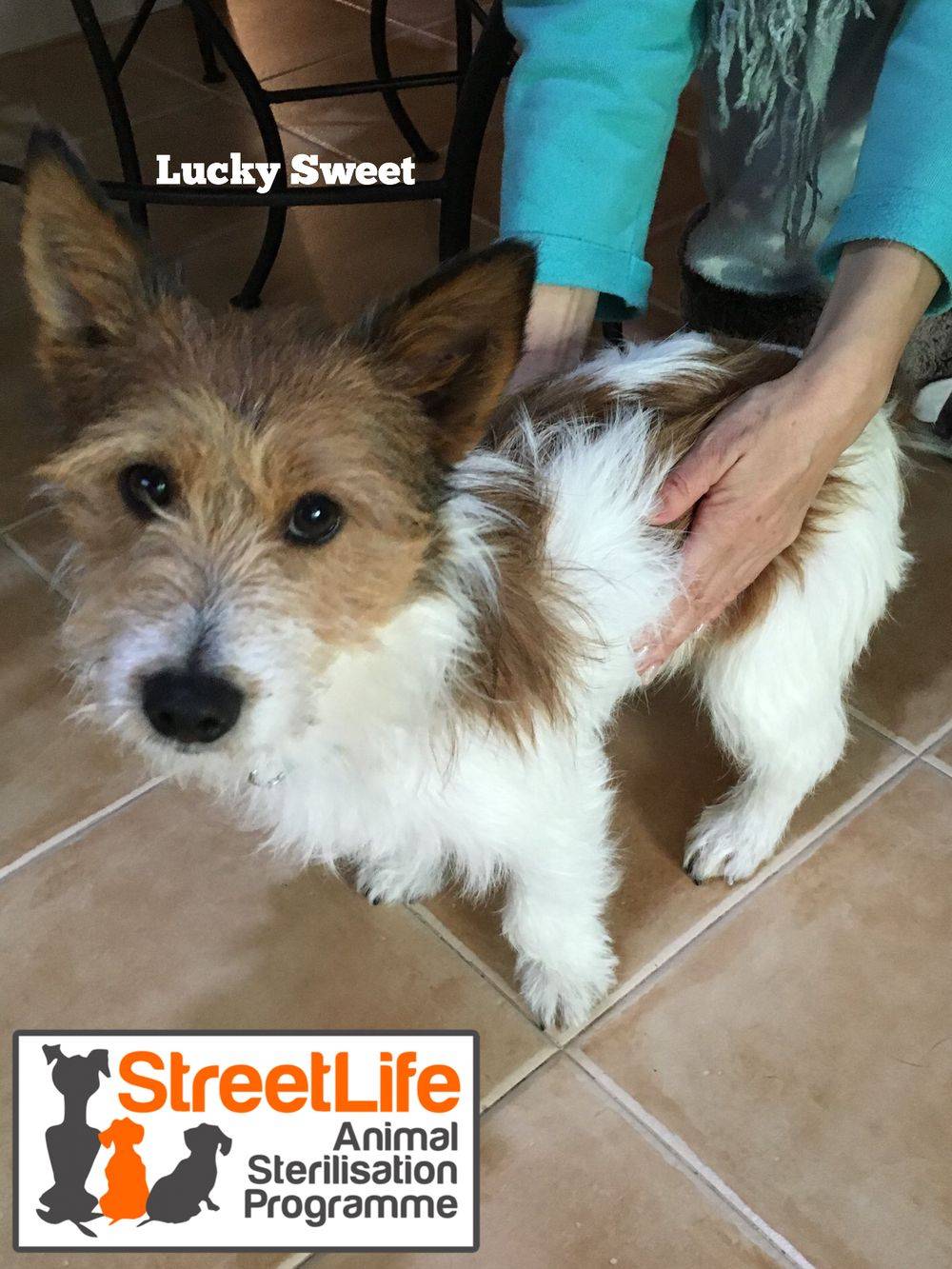 I grew up surrounded by nature, both in Holland and in Africa. My brother and I were very much outdoor children. We always had a couple of normal

pets like dogs and cats around the house, and he kept various unusual pets such as snakes, mice (to feed the snakes) and a mongoose called Perdy He also collected lots of insects, placed them in ether and pinned them to a frame. We built tree huts and played with marbles. When I moved to Portugal, many years later, my love for the wild and animals resulted in a campaign to save a lake and a promise to helping abandoned dogs. It´s one thing to be born wild (and street wise). To be abandoned however, is something else. It is a cruel act. Wild and abandoned dogs breed uncontrollably which means the problem will never be resolved unless we adopt, sterilise, and educate. It was never my intention to have so many but one led to another and now I have 13. Last year I decided to direct my energy more at re-homing which is something I have been very bad at in the past. Fostering local stray dogs (5km radius) that already have a new owner waiting for them. If you love dogs and want to share a happy or sad tale please visit the comment page. Just for the record . . . I have two brothers, but the elder doesn't share our love of pets, He is missing out :I

Adoption in the Algarve

Words from the Wild